One Woman's Experience Becoming a Surrogate During COVID-19

This is Windy's story, a first-time surrogate with Worldwide Surrogacy Specialists. At the time of writing, Windy is nearing the end of her second trimester and is looking forward to delivering her Intended Parents' baby in Summer 2021.

One day, Windy was talking with a close friend when her friend shared some very exciting news: She was pregnant with twins! Excitedly, Windy started to congratulate her on her growing family when her friend stopped her, laughing: "Oh, these aren't mine!"

Her friend went on to explain that she was a gestational surrogate. Windy, having just had her third child, describes the moment as a "lightbulb going off."

"I thought, 'Oh my gosh, I can do that?'," Windy says. "I would love to help another family feel what I felt with my new baby. I started researching it right away."

Windy was in a unique situation. As a mother in a military family, she knew that her family would be going overseas for a three year period for her husband's new placement. She saw that period of her life as an opportunity: to learn as much as she could about becoming a gestational surrogate while focusing on her health and fitness.

After those years abroad, Windy and her family moved back to the United States and she dove even deeper into her research—and she started discussing her dreams with the rest of her family.

"My husband was the only one that knew at first," she explains. "Then I mentioned it to my parents. I said 'Hey, listen, I'm thinking about doing this. I want to have a baby for someone who can't.' They were completely supportive, which I knew they would be. They were my biggest support—and I absolutely needed that support from them."

Windy's dream has always been to help others realize their dream of completing their family. "I wanted to make that family whole for someone. I had three kids at that point, and that was exactly the kind of love I wanted to give them."

As soon as she knew she had the backing of her family, Windy was ready to find a surrogacy agency to help guide her on her journey. She narrowed it down to five potential agencies through her research based on Google reviews, Facebook group discussions, and conversations with other surrogates.

When it came to Worldwide Surrogacy Specialists, one of the agencies she was considering in her final round, her experience was different from the others.

"Some agencies took days to respond," Windy says. "The Worldwide Surrogacy team replied almost immediately every single time. It showed me they had a strong interest in taking care of the surrogates they worked with."

As a military wife, Windy had plenty of questions for the Worldwide Surrogacy team: How would her role as the matriarch of a military family play into her journey? What can she expect throughout the process? Is it okay if she shares her experience with the world?

"Every single member of the team I talked to was so humbling and so nice and they answered every single question," Windy says, smiling at the memory. "No matter how silly the question, they responded without hesitation."

After a few weeks of comparing and contrasting her final round of agencies, Windy made her ultimate decision.

"It was more than just the Worldwide Surrogacy team's attentiveness that contributed to my decision. I ended up choosing them because they were one of the longest running agencies in the country," she explains. "For me, it was important because I knew they had experience with surrogates in a variety of different realms and situations."

Windy began the application process in April 2018 and was accepted shortly thereafter, given the amount of time she'd spent preparing her body, her mind, and her family for the journey ahead. "I was super excited," she remembers, laughing. "I was like, 'It's finally happening!'"

The matching process took a little longer than expected, however. Windy had two of her children overseas while her husband was stationed overseas, so getting the paperwork for their birth proved more difficult than expected. Instead of relying on Worldwide Surrogacy to coordinate all of the birth records, she took her fate into her own hands and pushed to get the records from all of the overseas agencies—and did so successfully.

That, she says, is when the fun really began.

Windy was first matched with a family in September 2018 once she secured all of the necessary birth records. Unfortunately, life happened and the next few phases of the process proved difficult for everyone involved.

"During the matching process, my husband was going through schooling and I knew we were going to be moving shortly," Windy explains. "We were matched with this terrific, sweet family in September who I flew out to meet. We were just getting to know each other better when we moved in December."

For surrogates and Intended Parents alike, the contract phase is of the most intricate parts of any journey. The contract process may seem daunting, but it’s one of the most important steps in the surrogacy process.

The timing of the contract phase wasn't ideal. Having just had the big move in December, Windy says the Intended Parents were incredibly patient the whole time. They waited until she and her family were settled in January when they started doing more paperwork, revising contract terms here, and there, all the way up through March. Ultimately, it didn't work out and they ended up parting ways.

"I was devastated," Windy says. "I took a break for a few months. It felt like a total loss for me."

Windy learned a difficult, but important, lesson that day. As a gestational surrogate, sometimes the matches don't work out. You may make it all the way to the contract phase of the process and find that there are certain terms or conditions both parties may not agree to.

Windy told both her lawyer and the Worldwide Surrogacy team that she would need some time to recover. "I was so torn. I couldn't be matched after that heartbreak," Windy remembers.

There was a bright spot in this dark period for Windy: the Worldwide Surrogacy team. "They would check in on me, send me little 'we're thinking of you' notes, and it was so nice and heartwarming. They showed that they were on my side," she says. "They were there to comfort me—and I needed that. I remember thinking, 'They really, really care about me.'"

After recovering from the fallout of her original IP match, in the end of Summer 2019, Windy found another match—and she was more ready than ever to take the journey of a lifetime, not knowing that a global pandemic was on the horizon.

Pursuing a Surrogacy Journey During COVID-19

When Windy first met the second family, it was everything she dreamed of and more.

"Whether it was one, two, or three children, they wanted a complete family—and I wanted to help their family become whole," Windy explains. "If they couldn't do it on their own, then I wanted to be there for them. This is exactly why I was blessed to do this."

Windy found out she was pregnant toward the end of September 2020—and was devastated when she found out two weeks later that she had tested positive for COVID-19.

"The mental toll was so much worse than the actual sickness," Windy says. She and her family had been so cautious, she couldn't believe it was happening. When her husband and son got sick, she sent them to a hotel to be quarantined away from the family and the tiny life she was carrying. Still, she somehow contracted the virus despite their precautions.

Luckily, Windy's symptoms were relatively mild—and despite being stuck at home with her other two children, neither of them caught the virus. "I remember thinking, 'I don't know how God did this, but okay!' she remembers, laughing.

When she was sick with COVID-19, Windy talked to every single nurse, doctor, and OBGYN that she could find. There was little information about the impact of COVID-19 on pregnant women—let alone unborn babies—but she made it her mission to uncover everything she could directly from the experts.

"I did everything I could possibly do," Windy says. "I forced myself to stay calm, stuck to a super healthy diet...I just couldn't believe this had happened to me."

Windy is grateful to laugh off such a scary time. She, her husband, and her son made a full recovery and the baby is completely healthy, safe, and secure.

Windy has overcome countless obstacles in her pursuit to fulfill her mission of helping another family become whole. The key to her success has been three core principles, she says: a strong body, a strong mind, and strong support.

"If you know that your mind and body are capable of doing this and you have the support—and the most important things when you become a surrogate is having that support—then you should absolutely do it," she says.

Windy goes on to say that the ultimate motivation for becoming a surrogate should come from a place of gratitude for your own family. "You have to put your heart out for the Intended Parents. This is the life that they've always dreamed of. If you want to do something so giving, open your heart and open your mind to the reason why. Be open to being that person for them."

Are you interested in learning more about becoming a gestational surrogate? Start by taking a brief quiz to see if you have what it takes! Our surrogate prescreen takes 2 minutes to complete and will show you whether or not you're qualified.

Related to This Story 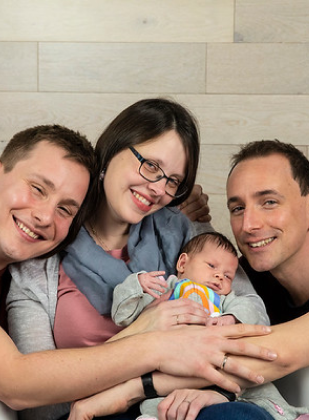 The Journey That Came Full Circle 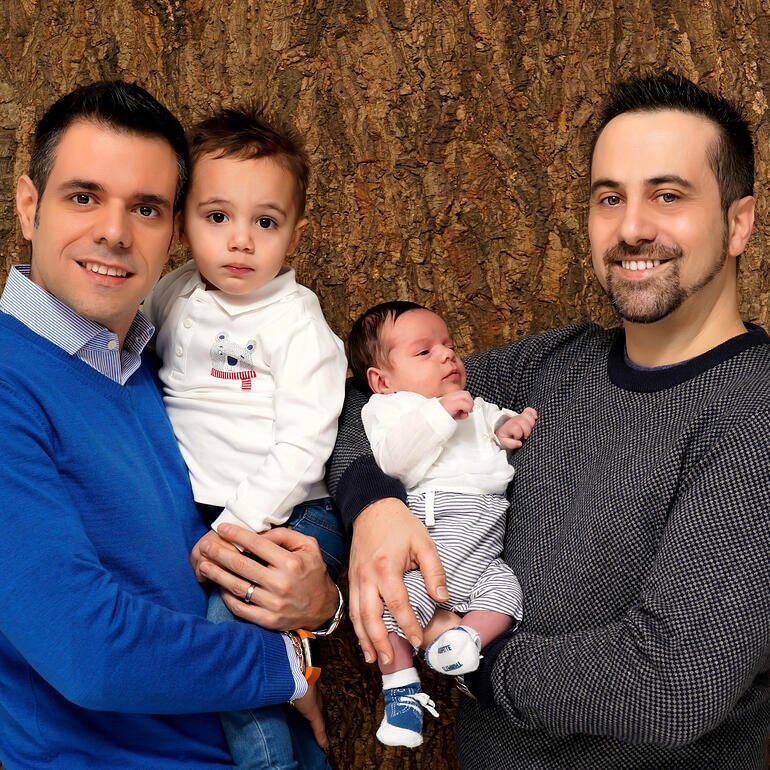 Our Family Across the Sea 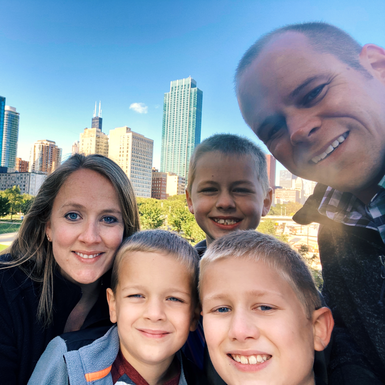 “It’s Not Mine," A Surrogacy Story

“Thank you so much for what you and the agency has done for us. You have changed our lives forever.”