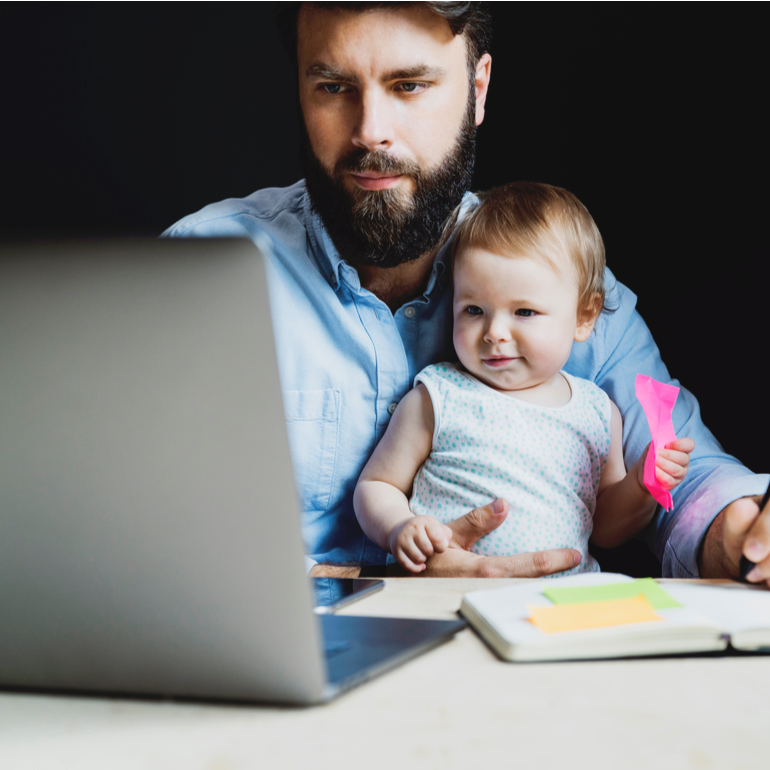 The History of Surrogacy: A Legal Timeline

Technically, surrogacy dates back to biblical times with the traditional surrogacy agreement made between Abraham, Sarah, and her servant/surrogate, Hagar in The Book of Genesis. Tales throughout history are common of women bearing children for kings and rulers whose wives could not become pregnant.

Today, surrogacy laws have evolved in parts of the U.S. to support ethical practices for all parties involved. We're looking back at the history of surrogacy from a legal standpoint.

In 1976, a lawyer named Noel Keane negotiated and drafted the first legal surrogacy agreement. The agreement was designed for a traditional surrogacy and the surrogate was not compensated monetarily for her services. Keane remained a strong proponent of surrogacy throughout his life. He is believed to have helped roughly 600 children be born through surrogacy over the course of his career.

There are reports of successful In Vitro Fertilization (IVF) embryo transfers before 1978, however, the first baby born using IVF was Louise Brown on July 25, 1978.

In 1980, surrogacy contracts were generally legal but unenforceable since state surrogacy laws were largely indeterminate.

Then came Elizabeth Kane, the first legally compensated surrogate in the U.S. Both parties agreed to a traditional surrogacy. The agreement stated the surrogate would be paid the sum of $11,500.

The first successful gestational surrogacy took place in 1985, in which a gestational surrogate carried a child genetically unrelated to her on behalf of the Intended Parents. The Intended Mother's fallopian tubes had been damaged by a childhood disease. This created a new realm of possibilities for both intended parents and future surrogates. Removing the biological connection between surrogate and child reduced the chances a surrogate might change her mind once the child was born.

The famous case of "Baby M." A woman agreed to be a traditional surrogate to a couple who could not conceive on their own. A surrogacy agreement was signed, the Intended Father's sperm was used, and the surrogate was to be paid $10,000 as compensation.

Once the child was born, the surrogate decided she could not give the baby up. She tried to keep the child and went to court with the Intended Parents in a lengthy custody battle. Eventually, the court granted custody to the Intended Father, who was also the child's biological father.

The case enhanced momentum for legally contracted surrogacies. Because of this case, many in the surrogacy field developed a greater interest and support for a newer option: gestational surrogacy.

An important legal turning point for gestational surrogacies. A gestational carrier, who had signed a surrogacy agreement with IPs, decided she wanted to keep the child. The carrier and the child shared no biological connection and in the custody battle, the court sided with the Intended Parents. The ruling of Johnson v. Calvert proved a gestational surrogacy agreement was a legally binding agreement that would be supported in the courts, ensuring the Intended Parents' parentage.

While the legal timeline of surrogacy has evolved to a safe, effective practice with gestational carriers it is important to note surrogacy is still not legal in all 50 states. If you are considering surrogacy to grow your family or are interested in helping a family by carrying their child, research the surrogacy laws where you live and consult with a surrogacy agency before embarking on your journey.

Over time, surrogacy laws have evolved to embrace the family-building practice for hopeful parents nationwide.

Regardless, the fight to legalize surrogacy nationwide continues. Educational initiatives drive understanding about the nature of surrogacy and its implications for couples and individuals hoping to build or grow their families?and when it comes to establishing more widespread legislation embracing it as a practice, education is key.

We've compiled a set of state-by-state surrogacy laws, including comprehensive information into the intricate legalities for each jurisdiction. Find out more here: